The healing powers of singing

Webster's Dictionary uses a musical term as synonymous with healing; becoming SOUND, well or healthy again.
Personally I feel at deep down that singing has healing powers.
If I feel sad or angry, anxious or happy I want to “sing it out of my body”. No matter what feeling I have to begin with I always feel better in both body and soul after singing.

I am convinced that illness or physical pain very often derrive from emotional trouble or trying to suppress ones feelings. I’ve experienced this on my own body, ranging from neck tension because of worries to emotional stress (rejection) causing tinnitus and instant, unprovoked pain in my left shoulder lasting weeks after the incident.

That's why I did a bit of research and found something about healing and singing on the net. I cut out the best bits for you, but feel free to read the full entry here: http://singspirationsingers.com/home.cfm?id=709&sid=0 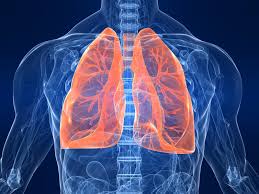 Quote: "The link between deep breathing and good health is more than just theoretical. A thirteen-year-long study in Australia showed that respiratory capacity was a more significant factor than tobacco use, cholesterol levels, and insulin metabolism for determining people's longevity.
Nobel prize winner Otto Warburg published landmark studies in the 1960s that proved that cancer cells thrive in an environment starved of oxygen. When we sing we use deep abdominal breathing with the diaphragm moving forcefully downward which allows room for the lungs to fill up with oxygen. The physical signs of stress - cardiovascular, hormonal, immune, and muscular - are quieted and begin to normalize.

"In a series of studies that examined how music affects blood pressure, pulse rate, breathing, and other aspects of the autonomic nervous system, participants' heart rates were found to respond to both volume and rhythm of music", writes Mitchell L. Gaynor,
M.D A 1993 report by scientists at Michigan State University showed that people who listened to or participated in music that they liked showed a drop of 25% in their levels of cortisol, a stress hormone that can depress the immune system when produced in excess.
Another study shows the same significant drop in cortisol levels in babies of 6 months when their mothers sing to them.

Music can activate the flow of stored memory across the corpus colossus helping the left and right hemispheres of the brain work in harmony. This stimulates the immune system.
Music can also excite peptides in the brain and stimulate the production of endorphins, which are natural opiates secreted by the hypothalamus which produces a feeling of natural euphoria.
Recent study shows that when cats are purring, the sound helps them to recover from injuries. More about healing with sound: https://experiencelife.com/article/the-healing-power-of-sound 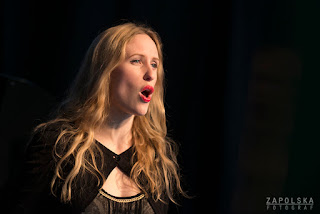 Paul Newham in his book Using Voice and Song in Therapy says,
"When we give voice to parts of the self which have remained mute then we reclaim, refind and rediscover something that has been lost."

I see that when people have permission to express their sorrow and their pain, they can also express all of their joy!
On the other hand, if they suppress emotions of anger or pain in order to not let it show - “be a man” or be strong - they also tend to suppress their natural impulse to show happiness and tenderness as well. Because it’s the same mechanism, and the mechanism doesn’t know the difference between feelings we want, and feelings we don’t want! And that’s really bad, isn’t it?
That’s why if I was a doctor, I’d proscribe to everyone at least 30 minutes of singing every day, alone or in a group!